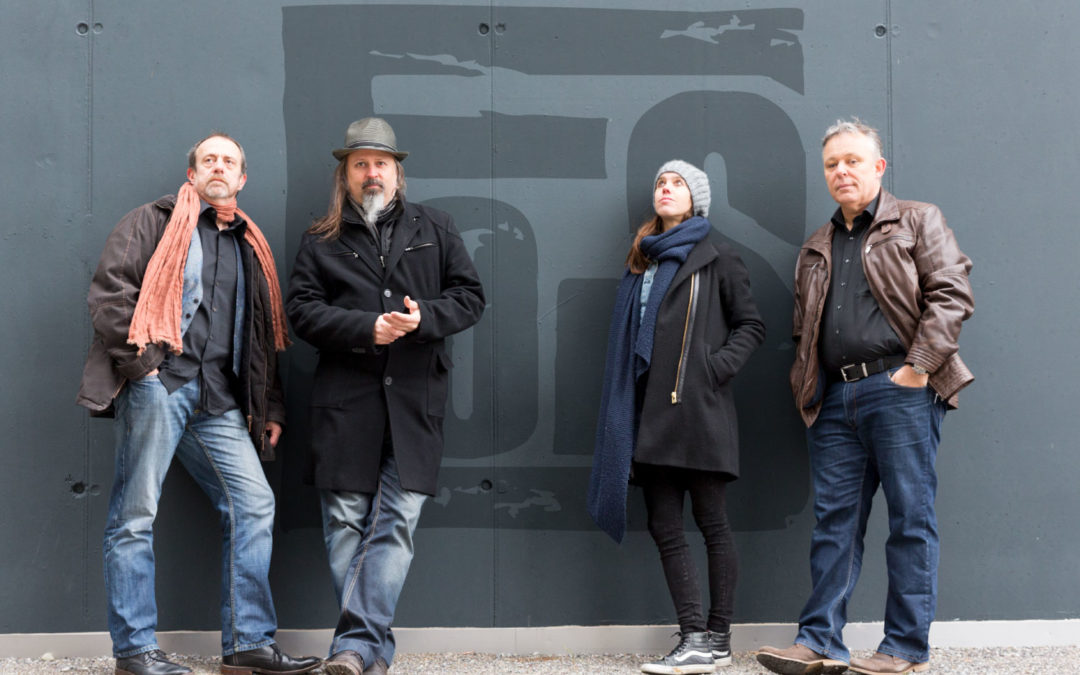 On “Before” the band presents more than 70 minutes of (in their own words) instrumental sphere rock music. You can find the following twelve tracks on this fine album; “Happy Man”, “Chollum”, “Privilege Of Fools”, “Eastwards”, “Specters”, “I Feel Now”, “Flower of Creation”, “Room Number 6” “Illusions”, “Saturday”, “Magoria” and “Before”.
The album opens with the uptempo and uplifting tune called “Happy Man”. This song gives you an impression of what to expect from this album. On top of the steady rhythm section you will find not only melodic guitar parts but also some heavy and freaky guitar bits. Everything melted together by broad layers of keyboard strings and fine synth and piano melodies of keyboardist Dorothe Wetter. The combination of guitar and synth playing the same melody line is very nice. In my opinion she is providing the cement that generates the sphere and atmosphere of the music. Just listen to the next song “Chollum”, for me the first highlight of the album. The slow “Privilege Of Fools” is a combination of delicate guitar and piano playing with atmospheric soundscapes. You can find some fine melodies in this song. “Eastwards” has a slow start with piano and guitar but in the middle section we are treated with a fine guitar solo of Roland Hegi that lies on top of a bed of keyboard strings. These slow songs alternate with more uptempo and powerful songs like “Specters”. Also in this song you will find a nice guitar solo. I love the broad keyboard orchestrations of Dorothe. With a duration of more than eight minutes the following song “I Feel Now” is the longest song of the album. It has a beautiful and atmospheric opening with delicate piano and bass parts. Later on the guitar is getting the lead role. This song develops into one of my personal favorites. “Flower Of Creation” also opens with a beautiful piano part. After a section with guitar symphonic keyboards are placed next to piano parts. In those parts the piano is playing the melody lines. In these songs the band is showing it’s potential on compositional level. This song deserves further development. Then it is time for another highlight “Room Number 6”. The atmospheric opening is followed by powerful sections with broad keyboard strings and rhythmic guitar parts that reminds us of the glory time of the British band Genesis. “Illusions” is also one of the better songs. Delicate guitar playing, piano and keyboard strings. In the last part we can enjoy a lovely melodic guitar solo. You can find the most beautiful melodies of the album in this song. In “Saturday” the rhythm section consisting of Harry Schärer on bass and Felix Waldispühl on drums gets more attention and we can enjoy a nice synth solo by Dorothe Wetter. The latter provides the song “Magoria” with nice electronic and ambient soundscapes. While listening to this album she surprised me several times with original keyboard and synth parts. You can find nice guitar parts in this song but the atmosphere of the song is determined by her keyboards. This counts also for the last song and title track “Before”. She conjures very nice string sounds from her keyboards. The song and this album ends with a nice melodic guitar parts and military drumming.
The debut album “Before” of the Swiss band F.O.R.S. shows a band with potential. The songs have good ideas and but sometimes not completely convincingly. Sometimes I got the feeling that further developing could make some songs better. However the big compliment is that I never missed a vocalist on this album. And I would like to mention once more the talented keyboardist Dorothe Wetter. She surprised me several times on this album with original keyboard sounds and beautiful keyboard strings. Your reviewer enjoyed listening to this album very much and I am very curious about the further development of this Swiss band.